According to a report published by Business Data Platform, Statista, “Retail sales are expected to reach 26.29 trillion globally before the end of 2019.” This number encompasses bricks-and-mortar stores, e-Commerce outlets and, direct-to-consumer sales globally. The opportunity is huge.

Many retail categories are fiercely competitive. A retail media mix is a great tool which retailers can use to ensure that they stay one step ahead of the competition and capture a higher market share.

What is the retail media mix?

A media mix is the mix of activities which make up the brand’s entire marketing programme. It typically includes channels such as web ads, radio, television, billboards, newspapers, email, search engines and social media. Blending these channels into the right mix for their customers helps brands drive awareness of their offering.

How to choose the right media mix?

For a brand to effectively engage it’s target customer, it needs to firstly develop compelling and creatively unique advertising, which resonates with the issues, needs and desires of their target customer. However, if the media mix is not carefully planned, there’s always a chance that campaigns will not reach the intended audiences – message and media planning are two sides of the same coin. Neither can do their job effectively without the other.

Smart media planners can help brands distribute their advertising with pinpoint accuracy across different digital and ‘above the line’ media channels to drive in-store footfall and ecommerce sales. A robust media plan should have projected response rates, budget allocations and media selection all mapped out and balanced in order to maximise the performance and ROI of the media campaign. Here’s a breakdown of the vital components of a retail media mix and how to get the best value out of them:

Out-of-Home (OOH) advertising comes in various formats including billboards, trains, taxis, in-venue posters and event collateral such as standees and posters. Since most of us spend at least 10 hours commuting every week, this is a good place to remind potential customers about your brand. OOH has the added benefit of being hyper-local.

If implemented well, this approach can make OOH a high performing channel to drive foot-fall into a retail destination. Another smart tactic is to place OOH advertising in close proximity to the location of the competition’s business in order to divert footfall from the competition’s store into yours. Many ecommerce players take this approach by advertising their online stores to customers walking through retail landmarks such as Oxford Circus in London in order to drive them online to make their purchase.

Radio continues to be one of the most effective ways of reaching out to potential customers because of it’s affordability as compared to television. This mix can also be targeted based on the station’s audience and the rich format of a radio ad makes it a good creative channel to engage and capture the imagination of target customers.

Radio is a wide reaching channel enjoyed by a surprisingly large number of people – the dial can only fit a limited number of stations on it as compared to television which has become multi-channel, multi-platform and now heavily segmented.

Newspapers and magazines may be traditional mediums but they still have an enormous reach. Finding spots in print media should ideally be done with care to ensure that the media budget is used to accurately reach the target customers. Print media allows brands to reach audiences on a local or national level.

One thing worth considering with print media is the placement of the ad – the left hand page tends to get more attention than the right as people turn pages for example. Additionally, it’s important to consider the section placement and size of the print ad to maximise budget effectiveness within the retail media mix.

Television campaigns are expensive but are universally considered to have the highest attention and engagement rates out of all mediums. Nothing beats the fully immersive and creatively engaging opportunity that television advertising has to offer brands. Television advertising used to be an expensive affair and many small businesses immediately discount it because they think that it will be out of reach for them as small businesses.

This is no longer the case. Television channels have multiplied exponentially and there are now many specialist television channels catering to a niche audience which brands can advertise on at a fraction of the price.

Digital media ads are considered the best choice by many as they provide brands with worldwide reach in the shortest time possible and have total transparency in measuring their performance. Online ads are relatively inexpensive and can be micro-targeted. Digital ads are an ecosystem of their own so it is worth planning the digital mix and how each digital channel will interact across that mix.

A solid digital media mix may comprise of PPC, paid social ads (Facebook, Instagram, Twitter), email marketing, affiliates and online display ads on news sites. One of the things to consider with an online media mix is how it connects up with the wider media mix in terms of campaign timings (or flight times as they are called).

There are many creative opportunities to integrate channels within the wider media mix such as running a promotion on radio or TV which drives the audience to a campaign landing page. When people arrive at the campaign landing page from radio ads, they can be tagged in order to re-target them across online display or paid for social ads to increase the frequency of ads that are seen by the target customer.

According to a report by Capgemini Consulting on the Role of Digital media in marketing mix, “Digital advertising is estimated to reach a value of $171 Billion, by 2017. This accounts for more than a quarter of the total global advertising spend. Because of superior targeting and tracking options, brands enjoy better ROI with digital media compared to traditional media. These figures are prompting more retailers to invest in digital marketing than ever before.”

How can we blend social media effectively into the mix?

Social media is a powerful channel in its own right. However, it is most effective when integrated into a retail media mix.

In 2019, there were 3.5 billion social media users globally – a number which has grown by 9% in the past 12 months. As more consumers spend their time online, social media has become a vital component to any media mix.

It’s worth brands considering how social media is changing their customer’s path to purchase. Social media plays an important role for consumers who want to discover new brands and ask for recommendations from their friends. According to a report by Forrester in 2016, (Why Search + Social = Success For Brands), 85% of Americans have used at least one social media channel for product discovery and exploration. Just taking the travel industry as an example, social media can be used for inspiration and preparation before a trip. It can also be used as a post-trip to share experiences with family and friends.

What are some unique retail experiences through social media?

Topshop created a giant looping waterslide which users can interact with using Virtual Reality (VR) on Oxford Street. Other than the fun experience it can bring, shoppers in-store can also easily share the content through their hashtag #TopshopSplash. The brand also created a special Snapchat filter. The immersive and shareable experience that the brand offered in real-life made the campaign trend online in social channels.

Adidas’ Shoreditch based Studio in London offers a unique initiative to consumers. It allows Londoners to book free sports classes with the brand’s studio on Brick Lane. The studio is described as the best place to hang out for workout enthusiasts. To be able to join, people have to book by interacting through the Adidas Facebook Messenger Chatbot.

The store allows consumers to experience upcoming events right there in-store. Shoppers can use VR headsets to tour the Glenfiddich Whiskey Distillery or check out the Midnight Food Hall Feast. Through advertising with the hashtag #Fortnums, the store encourages users to enjoy and share their experience on social media.

What are some disruptive OOH campaigns?

The digital out-of-home campaign by Mcdonald’s UK broadcasted a 5-day weather forecast and live temperature display. Instead of using the regular weather symbols, Mcdonald’s used its menu items. For example, it used unwrapped burgers as sunshine and fries as rain. As it was used at a time when the UK was facing unpredictable weather on a day-to-day basis, this made the campaign a popular conversation topic. The best way to promote a brand is to encourage it to be added to daily smalltalk.

In 2017, Spotify showed its most interesting and amusing statistics on billboards. The “Thanks 2016…it’s been weird” campaign generated a huge amount of interest. In the second year, Spotify followed this up with a “2018 Goals” campaign where it used the design from its billboards to encourage actions for its online posts.

This campaign is geared to raise awareness of the importance of insurance for small businesses. Hiscox created a billboard that was powered by hacks. Each time a server is hacked, a red spot appears on the billboard.

Finding the correct retail media mix is crucial to driving awareness, footfall and sales. Improving the media mix and integrating channels to build an integrated and creatively exciting campaign can help retailers stand out and capture the hearts, minds and wallets of their target customers.

Get tips and resources for every phase of your business, delivered to your inbox 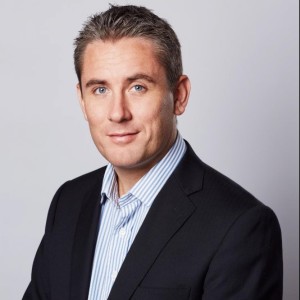 James is the founder of Customer Devoted and was previously the managing director of customer engagement agency Ogilvy One and the strategy director for customer loyalty consultancy The Collinson Group.

Get tips and resources for every phase of your business, delivered to your inbox